Among the assortment of virtual machines, accessible on the software market, two products are distinctive due to its quality and number of available features: VMWare and VirtualBox. In this article I’m going to tell precisely about the differences and advantages of each of them, and why are they so popular.

First thing that should be mentioned in this comparison review, is the distribution model of both products. As far as VMWare is a closed-source program complex which is distributed for the price of nearly 200 dollars and above, VirtualBox is shared based on the open-source GPL license, so that the users can adopt its functionality due to their needs and preferences. 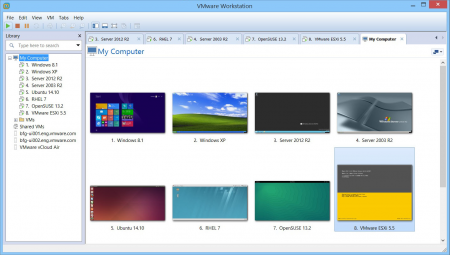 Here is what is common among these two utilities, and what is measured as equal possibilities:

Now a few words about the advantages of VirtualBox over VMWare:

As you can see, VirtualBox is really powerful tool. At last, let us talk about the advantages of VMWare over Oracle VB:

If you want to try using VMWare for free, testing the features and options, you may install Workstation Player, which has a bit limited functionality, comparing to fully functional VMWare Workstation, but with its assistance you may enjoy running VM and check out its capabilities and functions.

How to use USB in VirtualBox
Read more

How to run Android on VirtualBox
Read more